skip to main | skip to sidebar

time gets away from you

i've had a -somewhat- difficult pregancy, in comparison to last time. nothing terrible but all of the "textbook" issues a pregnant woman can face i've had. which had recently culminated into two hospital stays in pre-term labor.

this wasn't unexpected since i dilated so quickly and easily with wesley. i was 4cm by the time they checked me at 36 weeks and he ended up being born 2 weeks early.

this time, i'm in the same boat, only much earlier. at 30 weeks i was hospitalized for 4 days as they tried to stop the contractions and the progression. they did, and i was sent home only to be back yesterday for the same thing. they are hoping i make it to 34 weeks (which will be this weekend) but no one expects me to make it much beyond that.

hard to believe i can have this baby in a few short weeks, or even days.
Posted by christina at 1:50 PM 3 comments: Links to this post

this is always the surreal time, when you don't really feel like you're pregnant (well, except for the nausea and the tiredness and the protruding belly, and then poof. there's a little baby! 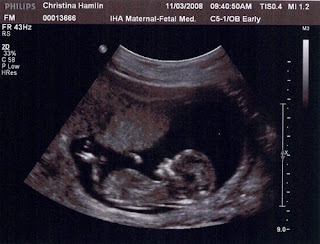 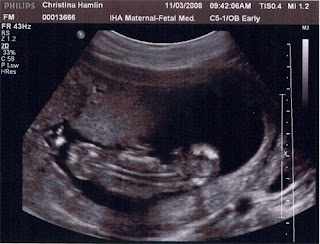 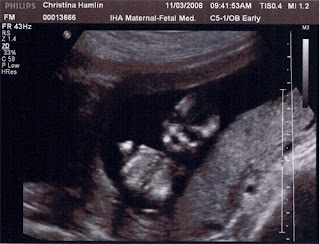 Posted by christina at 3:30 PM No comments: Links to this post

we have a routine at night and it works pretty well. when wes is getting tired we ask if it's bath time and he heads straight for the stairs and his room to get undressed. we proceed to the bath, and then i put on his jammies. dad hold him and gives him his nightly bottle (something alex really wants him to give up but i don't see the point of forcing it) and we read him stories. after a few, we shut off the light, i kiss him goodnight and leave them to their bonding time while he finishes his milk. he never complains about laying down after and drifts off to sleep without incident.

well last night, after the last book, wes proclaimed we were "all done!" and settled back against his dad while i turned off the light.

this time though, he took his bottle out of his mouth, waved good bye and blew me a kiss.

pretty sure i melted right there.
Posted by christina at 10:31 AM No comments: Links to this post

i just love trips to the ER

though it has been awhile, so i guess we're due.

we took wes in yesterday with his first actual injury. an injury that was - of all things - our fault.

here's the stage. wes loves doors and opening and closing them. he'll do it for hours. every morning we play a game with him while we get ready. it involves one of us getting in or out of the bathroom before wes tries to get in. lame, yes, but he giggles and loves it. unless we get there first and shut the door, then he usually pitches a fit. but he knows it's a game.

well, yesterday was no exception. alex closed the door as usual and wes cried, as usual. it took us a minute to realize that his FINGER WAS CLOSED IN THE DOOR.

i'll be having nightmares about it for the rest of my life thankyouverymuch. he calmed down almost immediately, but his little finger looked like a tetris piece. horrifying. we packed up and headed to the hospital. by the time we got there (10 mins) he was acting completely normally and his little finger was now a sausage.

amazingly, he's fine. nothing is broken/damaged. in fact, by last night you'd be hard pressed to tell that anything was amiss with that little finger.

but we will never be the same, i swear. worst. parents. ever.
Posted by christina at 4:12 PM 1 comment: Links to this post

so it begins again

i was looking through my old posts from last time with wes. it seems i've forgotten what the early days are like. i feel... normal. i don't feel any different at all. well, maybe more hungry. and sometimes a little queasy.

i remember last time i was so exhausted and run down. and sick. well, i've been battling a cold so that's no different. but i don't feel the same overbearing fatigue this time. i was talking to a friend of mine about this and she made a very good point. she told me "you're just as tired, you're just used to being tired all the time now." ah but if she isn't a wise woman!

i've been on this kick to get a fun color put in my hair. just one piece, like bright red, or purple. i dunno. i'm probably crazy and i full well realize that. and i probably can't now anyway.. but we'll see. i think it's my rebellious streak coming out.

i was telling some of my new(er) friends how i had all kinds of piercings, back in the day (before they were much more common then they are now) and how i feel "boring" sometimes. i'm sure that started my hair streak obsession.
Posted by christina at 2:09 PM No comments: Links to this post 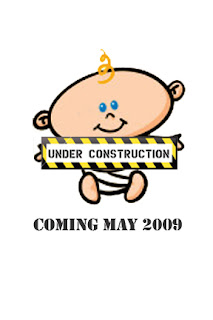 now for the weird part. i had made alex promise awhile back if we ever had a girl we'd name her after my dear, dear friend t (see a few posts back). when am i due? her birthday.

i know it's early, but it's hard not to be excited. 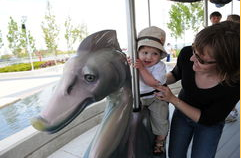 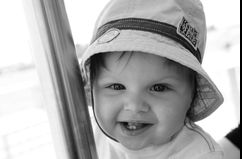 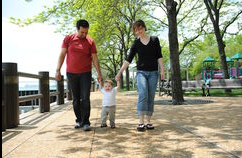 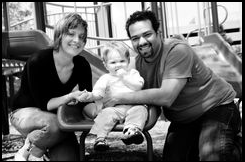 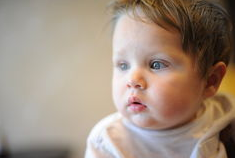 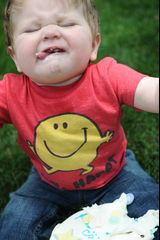 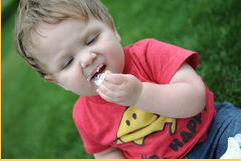 Posted by christina at 10:25 PM No comments: Links to this post